A camera may work with the light of the visible spectrum or with other portions of the electromagnetic spectrum A still camera is an optical device which creates a single image of an object or scene, and records it on an electronic sensor or photographic film. All cameras use the same basic design: light enters an enclosed box through a converging lens and an image is recorded on a light-sensitive medium. A shutter mechanism controls the length of time that light can enter the camera. Most photographic cameras have functions that allow a person to view the scene to be recorded, allow for a desired part of the scene to be in focus, and to control the exposure so that it is not too bright or too dim. A data display, often a liquid crystal display (LCD), permits the user to view settings such as film speed, exposure, and shutter speed.

A film or video camera operates similarly to a still camera, except it records a series of static images in rapid succession, commonly at a rate of 24 frames per second. When the images are combined and displayed in order, the illusion of motion is achieved. 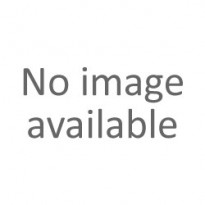 Next
Recently Viewed
No items